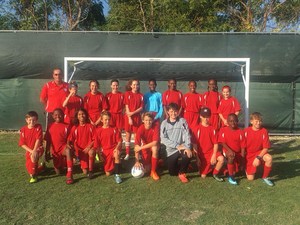 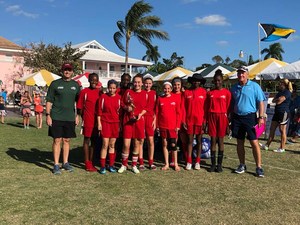 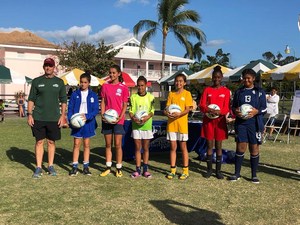 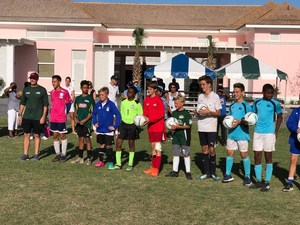 18 Students from LIS's Middle School attended the Lyford Cay Soccer Tournament that hosted students from all over the Caribbean.
Last Thursday 18 middle school girls and boys packed their bags and headed to Nassau for the 6th annual KPMG Lyford Cay International soccer tournament. Two days of intense tournament style play lay ahead of them against teams from international schools from Barbados, The Cayman Islands, The British Virgin Islands, Jamaica and a select national squad from the Turks & Caicos Islands. The days started at 8am and finished at 5pm with the students heading off with their host families for a well deserved rest. Both the boys and girls teams played some tremendous soccer, scoring a number of goals and defending like Trojans against some very large and physical teams. In the end the boys gained some valuable experience to bring back to next years tournament, finishing strong with a 4-2 win against a tournament select team. The girls in the final stage came out victors against the Turks & Caicos team to win the tournament Trophy competition. It was a great experience with all the players developing their soccer skills and understanding but also being able to foster new friendships with the players from other teams and of course cultures and countries. Special mention goes out to Dolly Burows and Toby Cafferta who were selected MVPs for their respective teams.