The LIS Board of Directors consists of a seven member board, four of which are appointed by the LIS Foundation and three which are elected from the LIS parent body.  Parents are elected for two-year terms and elections are held each year in September 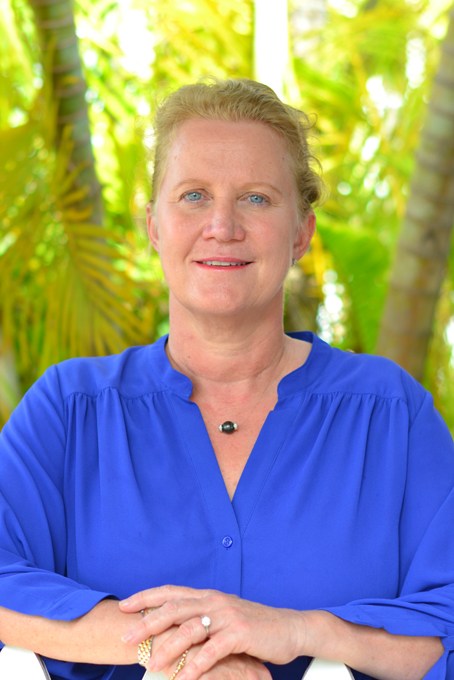 Gitte Goodrum came to the Bahamas in 1995, working as the CFO and in-house legal counsel in a group of real estate companies, which conceived, built and operated the Pelican Bay Hotel and the Lucayan Marina Village (now the Grand Bahama Yacht Club). These real estate ventures were sold several years ago, after which Gitte and her husband Jim focused on their own company which designs and develops single family homes in the Fortune Bay area.

After coming to Grand Bahama with a young child, Gitte recognized the need for an international school and subsequently established the Lucaya International School in 1998. All three of Jim and Gitte’s boys attended LIS from preschool onwards and have graduated from LIS with International Baccalaureate diplomas.

Gitte Goodrum is a dual citizen of the Netherlands and Denmark. She attended Southern Methodist University in Dallas, Texas, from which she obtained a B.A. in Foreign Languages, an M.B.A. with a specialization in Finance and a Juris Doctorate with a concentration in International Law. She was admitted to the bars of California and Texas.

Gitte was appointed as Board member in 1998 and has continuously served on the Board since its inception. She is also the President of LIS. 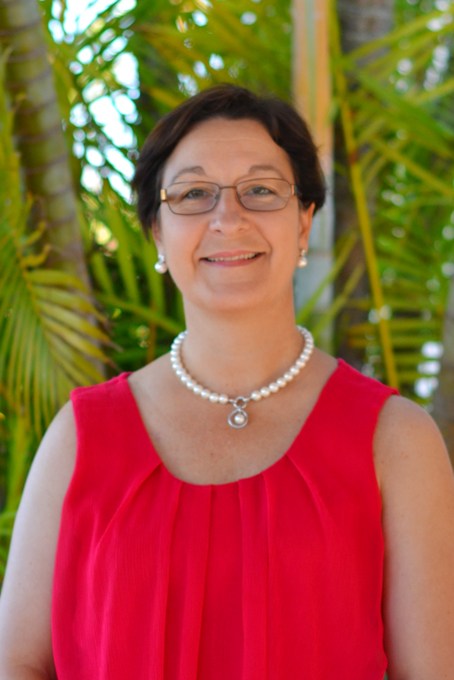 Vivienne Gouthro was born in Gibraltar and moved to The Bahamas in 1995. Vivienne earned an LL.M. from the University of London and a B.A.(Hons) in English and Spanish Law from the University of Kent. She spent a year abroad at the Universidad Complutense in Madrid, Spain. She is a corporate and commercial lawyer who specializes in ship and international finance, commercial acquisitions and sales. She currently serves as the Managing Partner of the Freeport office of Higgs & Johnson and is a part of the firm’s Commercial Law, Real Estate and Development, Private Client and Wealth Management and Intellectual Property Practice Groups. She is chair of the firm’s Maritime Practice Group and Marketing Group.

Vivienne has been a director of FIDA (International Federation of Women Lawyers) since 2006. She has authored several articles for H& J’s FOCUS newsletter as well as contributed articles to MONDAQ Business Briefing.

Vivienne was appointed as a board member of LIS in 2007 and also acts as secretary. She is married to Christopher Gouthro and has two children at LIS, one ogf whom graduated with her IB Diploma in 2021 and now attends the University of Toronto and the other is studying in the IB diploma Progframme at Lucaya International School. 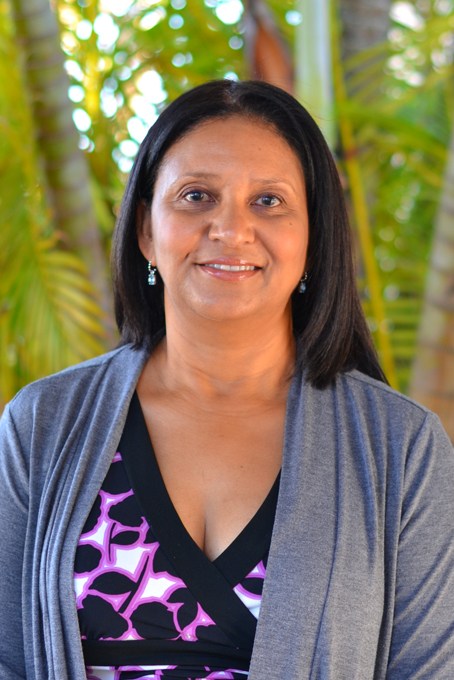 After working for the public accounting firm KPMG, Charmaine held financial management positions at Colombian Emeralds International, Freeport Harbour Company and PharmaChem Technologies. She has been employed as Financial Controller for Sanitation Services for the past nine years.

She is the mother of Isabella, a former student of Lucaya International School, and also serves as Treasurer for the Grand Bahama Down Syndrome Society.

Charmaine was appointed as a board member of LIS in 2015. 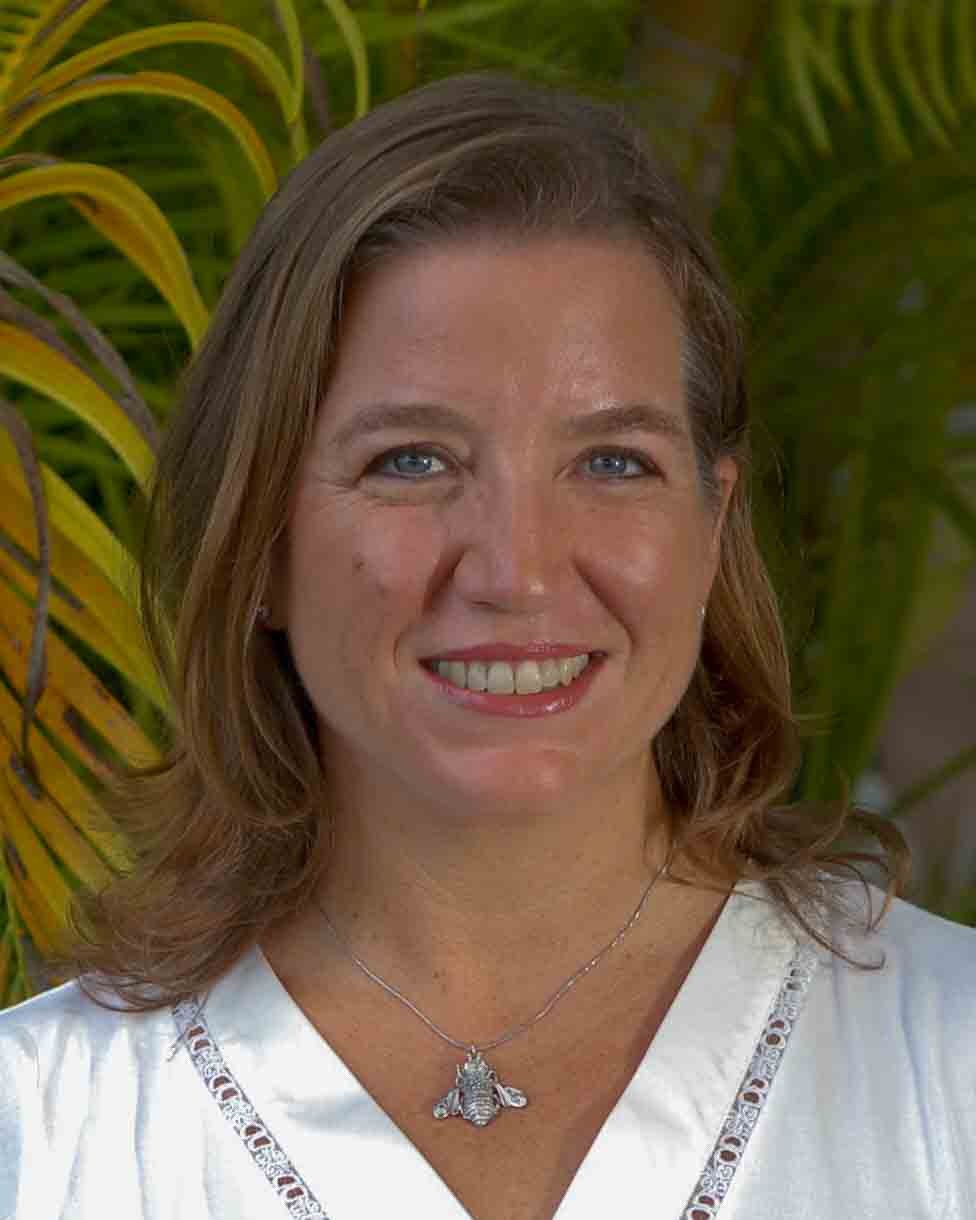 Dana MacKimmie was born and raised in Quebec, Canada.  She did her first year of university at Simon Fraser in British Columbia, studying cinema, before transferring to Concordia University in Montreal to complete a Liberal Arts degree, with a major in Western Society and Culture.  After a year in London, England earned her a certificate in 19th & 20th Century Decorative Arts from Sotheby’s Institute, she returned back to Canada to start her own business teaching classes in faux finishing and decorative paint techniques, as well as painting spaces for private clients.  She transferred that expertise into employment on a popular Canadian television series about transforming rooms, using paint and faux finishing techniques.  During the course of that series, Dana found her niche behind the camera, organizing the teams, and managing budgets.  She shifted her focus to the business of television, and spent the next 18 years as a television line producer, building schedules, budgets and managing ‘do-it-yourself’ shows, children’s shows, documentaries, and feature films.

Dana has been involved in both the school community, and the community at large. She has been an ardent supporter of the Grand Bahama Children's Home, a member of the fund raising committee, and post Hurricane Dorian Coordinator for the Home, with the aim of getting the displaced children back in their beds as quickly as possible.

Dana and her family moved to Freeport January 1, 2015.  She was elected to the board in 2017.  Her daughter Anna is currently in IB2 at Lucaya International School. 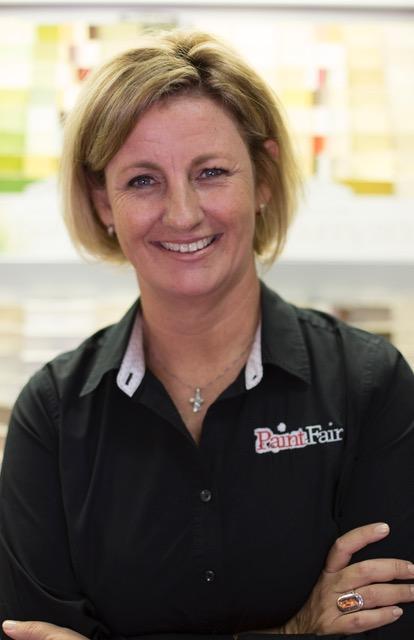 Lesley Davies-Baptista was born in Nassau, Bahamas, and raised in Freeport, Grand Bahama where she attended St. Paul’s until 9th grade. She then transferred to St. Andrew’s School, Boca Raton, Fla, and went on to university at the University of Colorado, Boulder, where she obtained a Bachelor of Arts degree in International Affairs, with a minor emphasis in Mass Media and Economics. After returning home to The Bahamas, Lesley had careers in media, managing Cool 96 Radio Station, and marketing, as VP for Marketing for Abaco Markets Limited, along with freelance marketing and consultation for several years.

Lesley is married to Eric Baptista, who came to The Bahamas to teach almost 25 years ago, and together they have two children: Amelia and Eli, who both attend LIS. When Amelia was a toddler, Lesley joined her mother’s business, Paint Fair, which she now manages with her husband Eric.

Lesley has always been active in the community, sitting on various boards and participating in many different organizations and associations - both in Grand Bahama and abroad.  She is currently on the Board of Directors for the Grand Bahama Chamber of Commerce and the Grand Bahama Children’s Home. Lesley is also the Southern Region Director for the Paint & Decorating Retailers’ Association, headquartered in St. Peters, MO. USA. 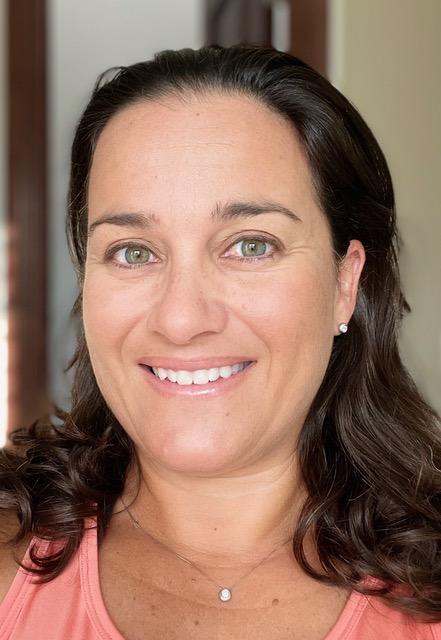 Deanna Battello grew up on the island of Grand Bahama where she attended both primary and high school.  She graduated as Head Girl from Freeport Anglican High, known today as BMES then went off to the Big Apple to further her education.  Deanna graduated with honors from Mount Saint Vincent College in 2001 with a Bachelor of Science degree in Biology and a minor in Chemistry.

Opting for island living over the city life, Deanna returned home in 2001.  Since then, she has been a pivotal role in her family’s Real Estate Firm, Mosko Realty Ltd. She received her Bahamas Real Estate license in 2002, is a member of the National Association of Realtors (NAR) and currently working on her Real Estate Broker’s license and CIPS designation. Not only is she involved in sales, but she also plays an vital part in the firms daily operations.   Deanna is also the Vice President of G.B. Insulators Ltd.

Deanna is married to Gianluca Battello and they have two sons attending LIS since Pre-K, one in primary and one in middle school.

Deanna was elected to the board in 2021.

If you would like to contact the Board, please address your email to board@lucayainternationalschool.com This e-mail address is being protected from spambots. You need JavaScript enabled to view it