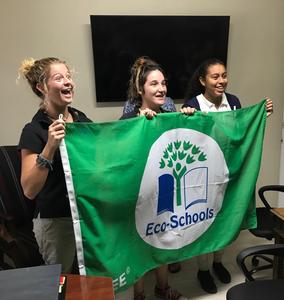 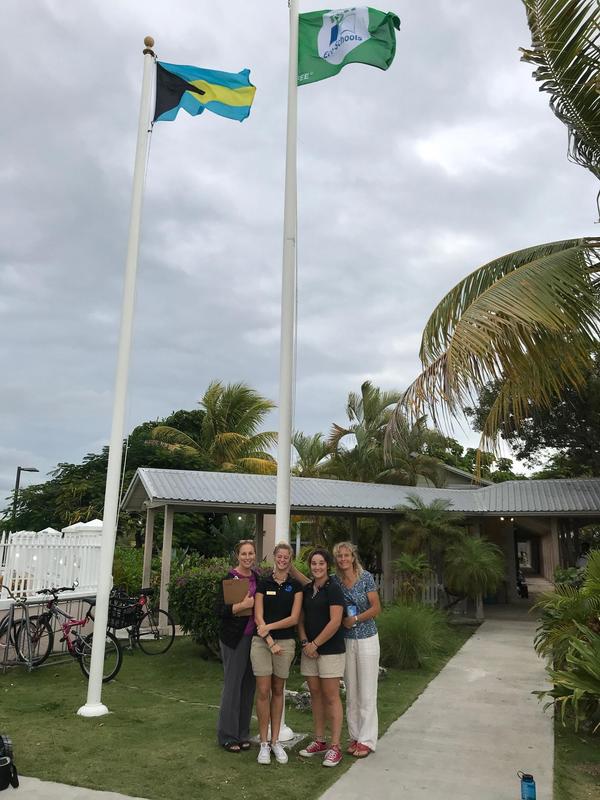 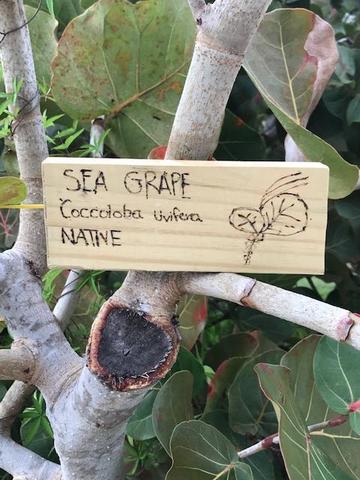 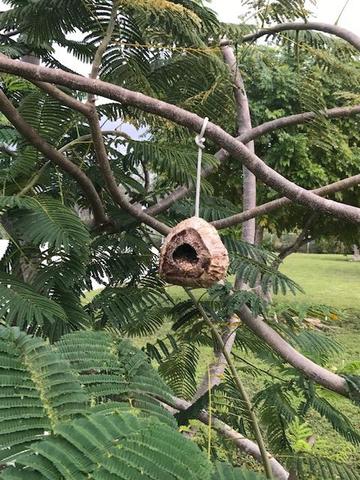 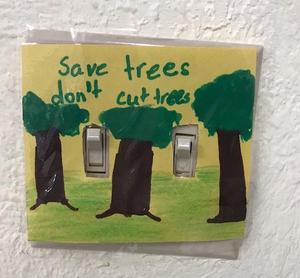 LIS was awarded the Green Flag by Eco Schools. Eco Schools originated in Denmark 25 years ago and developed a global model for environmental education and sustainability at the international level

On Tuesday, November 27th, 2018 Lucaya International School became an Eco-School and received the Green Flag Award. This award is an international recognition of LIS’s efforts that have been put into environmental excellence and stewardship.

The journey first began in 2013 with the idea of making LIS an environmentally conscious community and a more sustainable place to work and study in. The first major milestone achieved was the nature pathway near the pond.

This would not have been possible without the idea of a year 7 student, the leadership of Dr. Bateman and the countless hours put in by students to clear and maintain the pathway. The next steps on our road to the Green Flag Award was to get the wider community involved. With the help of Erika Gates, a local tour guide and birder, students planted the seeds for a native plant garden and butterfly garden. These are only a few of the environmental initiatives that have been accomplished at LIS.

The Primary School under the direction of Mrs. Cordes also played a major role in making LIS an Eco-school. Their efforts to keep the primary and ECD area clean and put up signs around the entire school reminding us to save power and turn off the lights helped significantly in achieving the Green Flag Award. The final weeks leading up to the Green Flag Award Assessment were very demanding in terms of getting the campus ready for the team of assessors from Nassau. It was not until after the campus tour we realized how much effort our community had put into making LIS truly an Eco-School.

To us, the most rewarding part of receiving this award was seeing the entire student body become conscious of the natural environment around them and participate in school-wide activities such as Tidy Wednesday. This school-wide involvement would not be possible without the CAS programme at LIS. Having a core Eco-Committee with two student presidents and 5 sub-CAS groups for year 7 - 9 students that meet weekly has made it possible to develop new projects such as the creation of the gardens, a paper up-cycling system, living sculptures, and countless other green projects. The success of these projects and enthusiasm was shown during the final assessment. We smiled every time the assessors asked a student our Eco-Code only to have the students recite it proudly and confidently.

The past 5 years have been a lot of work and in the hands of many students and different advisors and we are thankful for everyone's efforts. Now LIS can proudly fly the Green Flag and show off our environmental stewardship.

For the future, we believe that LIS will continue to expand through projects that contribute to the Eco-School prescribed themes of biodiversity, school grounds, waste, and litter. We also hope to add projects that will fall under new themes such as energy; LIS could potentially rely on solar power in the future. The sky is the limit, in our opinion, for how far LIS can go.

We, as Co-Presidents of the LIS Eco-School committee, are both very proud to have achieved the Green Flag Award, and we are certain that this invaluable project will continue to progress with the help of the dedicated LIS community."